Home » Reviews » Blog » How To Cook Farro In Rice Cooker

How To Cook Farro In Rice Cooker

Trying to make your weight loss journey more fun and effortless? Making a variation in your complex carbohydrate recipe can elevate your journey to a whole another level. Yes, we’re talking about having some Farro as your carbohydrate. Some of you already know what Farro is, most of you don’t. So today we’re going to share what we know about farro and how to cook farro in rice cooker.

Farro is a type of grain that kind of looks and tastes almost similar to barley. But Farro has a unique nutty flavor and more chewy texture than barley. It has quite a different shape than any other grains like quinoa or milo.

This grain has been treating the Mediterranean people since ancient times. It was a familiar grain in Italy and Middle Eastern cuisine until it came to the U.S and got popular.

Several dishes like Farrotto ( A risotto dish made with Farro) and Zuppa De Farro (Farro Soup) soon became the heart of Tuscan cuisine. Apart from its unique flavor, Farro is well known for its chewy al-dente texture like wild rice.

Farro has a number of valuable nutrients that made this grain a standout to other grains like oats or quinoa. It’s rich in protein and fibers that have some essential health benefits on weight loss and preventing bowel diseases.

It is an excellent source of complex carbohydrates. So you can certainly use it as an effective alternative of oats or quinoa. Farro has almost double food value compared to the same amount of quinoa. So a bowl of farro will let you achieve more nutrition than any other grains.

We can use farro for an extensive range of recipes like Farro salad, Farro risotto or you can even make exotic dishes like Farro Paella with this magic grain. However, Farro is most popularly used in salads with different ingredients.

How To Cook Farro

One of the most common questions about uncommon grains is how to cook it. Just like that, many of you are wondering how to cook this nutritious grain easily. Worry not, cooking farro is not rocket science. It’s not hard or tricky as cooking quinoa or couscous.

As you noticed, cooking farro on the stovetop is not as hard as the other grains. But there are even easier methods of cooking farro without any hassle at all.

That method is to use a rice cooker. Keeping an eye on the farro and maintaining the right flame may seem boring to the beginners.

How To Cook Farro In Rice Cooker

For cooking farro in a rice cooker, all you need is a cup of whole grain farro and water. You can follow the steps of rinsing and soaking the farro for rice cookers too. Because rinsing the farro removes the extra starch off the farro to make it more light and fluffy.

The exact water to grain proportion will be as same as before. You’ll need to cook the farro until the water dries out and keep it in warm mode if you want to serve it warm. On the other hand, you should cool off the farro if you want to use it for salad.

If you are cooking farro in a rice cooker, do keep in mind that the rice cooker takes a longer time to cook it than the stovetop. It may take as long as 45 minutes to 1 hour to achieve the best texture you’re looking for.

But it gives a better result than cooking on the stove in my opinion. This amazing grain is quite flexible for any type of cooking. If you looking for the best rice cooker for cooking your farro, check out our smart rice cooker reviews to see the best deals.

Among all the farro recipes, a hearty Farro salad gets the full marks from us. Adding a chewy and nutty flavor to your salad, farro will replace your favorite quinoa salad once you try it. Here’s the recipe:

You can eat this farro salad as a full meal or as a side of your favorite pan fried chicken or fish.

That’s how you can enjoy some farro to harmonize your healthy lifestyle. These farro recipes will certainly be a dainty addition to your food adventure. So why not try it? Try this recipe and let us know if you liked it. Happy cooking!

PrevPreviousBlender vs Mixer vs Juicer vs Grinder vs Food Processor: Difference
NextAir Fryer Vs Microwave Vs Toaster Oven: The Ultimate BattleNext 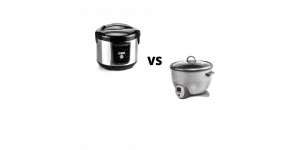 Having a small kitchen at home, sometimes we have to search for multipurpose appliances to 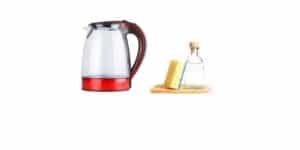 How To Remove Rust From Electric Kettle

Electric kettles are one of the efficient ways to boil water rapidly. They are used 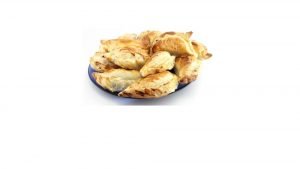 It is not quite surprising to know that America, particularly the USA has a mixed