Disposable towels are the heroes we need but don’t deserve. The convenience of use has turned it into a necessary modern-day disposable. Since it’s relatively new to the ‘disposable game’ so you may or may not have heard of it.

Either way, here’s everything you should know about these towels that’ll make your life easier.

Simply put, the hygiene and convenience they offer make them deserving of all the hype. So let’s talk about how you can make the best out of these towels.

What Are Disposable Towels?

They are the drying cloths made from non-woven fabrics that you can dispose of right after usage. This disposable feature makes it one of the most highly sought after convenience products, especially in the kitchen.

Medical institutions were the first ones to use it frequently for their hygiene factor. But gradually yet rapidly others started to pick up on it as well.

Today almost every salon, hotel, and modern home are dependent on these towels alike. Wondering what the demographic might be? Literally everyone!

How Are Disposable Towels Made?

Manufacturers produce these towels industrially out of non-woven fabrics or recycled contents such as other used towels or cellulose fibers. Due to their composition, they’re not only toxin-free but bio-degradable also.

Manufacturers that produce the white ones claim using latex binders with the cellulose fibers. Wondering why latex of all compounds? Because it enhances absorbency and thickness like no other.

Read More:- Can You Put Paper Towel In Air Fryer?

Why Do We Need Disposable Towels?

If you’re wondering what’s wrong with traditional towels, then let us remind you that naturally, everyone likes to go for amenities with the least hassle. We can give you our word that traditional towels will always lose this battle, till the end of time.

Think about it, an alternative to a cloth-towel, that doesn’t require washing or a lot of storage space!

These two reasons alone have convinced innumerable consumers to choose the disposable version over traditional ones.

It’s quite difficult to imagine a day without it. But just in case you aren’t convinced yet,

Very rarely is one disposable towel used twice. This reduces the risk of contamination of all sorts of viruses and bacteria from one person to another.

Moreover, you don’t have to spend on disinfecting them either. Or worry about the sick person’s towel getting mixed with your laundry.

It’s in the name. You use it, you throw it away. The ease of use is maximum. And who doesn’t like a product that’s easy to use? Since it’s disposable it never needs washing or cleaning as well.

So, that’s quite a relief from a lot of hassles, responsibilities, and detergent bills.

If you’ve used them even for a brief time then you already know that they don’t require a lot of storage. Some manufacturers focus on producing lightweight towels just so that the users can carry and store them in bulks.

With that being said, ‘tablet pop-up towels’ are also quite popular nowadays for their ease of carrying, storage, and compact structure.

Due to being lighter and usually smaller than traditional towels, many people mistake them to be less absorbent. But that’s not entirely true.

Quality towels (disposable) are ridged and come in various patterns. These patterns are not for cosmetic purposes, rather for soaking up as much as liquid possible.

Towels with several plies (layers) can soak up a substantial amount of liquid. This automatically makes them a commonly chosen item in any household.

Hand towels are 50×70 cm (20″x28″) in size and are mostly used for drying off your hands after a quick rinse or so. Usually set up in walls nearby to the sink.

So anybody who uses the sink also uses the hand towel. This makes it an easy target for the moisture and dirt from everyone’s hands to accumulate.

A dirty towel means a plus-one for your laundry. Now think of the same scenario with a disposable towel.

Everyone who uses your sink also uses the disposable version of the hand towel, and as soon as their done they throw it in the bin. Even if it sounds simple you and we both know how much hassle it actually saves you from.

Due to their easy-cut dimensions, hand towels are less expensive than other disposable ones.

They are also of low ply as they do not need to absorb as much water as bath towels. For these reasons, it has been a popular choice in the kitchen and for other household purposes alike.

Guest Towels are ideally 50×100 cm (20″x39″) in dimension, although manufacturers have stopped enforcing these dimensions nowadays. These towels have always been a part of our culture of hospitality.

Not only do they cater to your guests’ need, but it also helps you establish a good impression. Today disposable guest towels have grown widely popular due to various relevant reasons.

Say, for instance, you want your guests to have a fresh towel for use every day or at least every time they come over. This would require you to wash and dry the towels every time it’s used, to ensure hygiene and sanitation.

This is where the disposable ones come in to save the day. By setting up the disposable guest towels on their bed or washroom you can ensure a fresh towel every time.

That too, without having to come in and replace them frequently.  No more worrying about laundering or sanitization!

The towels you use for drying yourself after bathing is generally 70×140 cm (28″x55″). This measurement is suitable for sufficiently wrapping a 6 ft adult’s torso.

Disposable bath towels consist of at least 3 plies. In other words, for maximizing the absorption manufacturers mold 3 layers of sheets together.

Since it’s both compact and absorbent, it has become an essential part of the modern household. Common uses range from wrapping long wet hair to post-shower drying.

People seem to love the fact that they can just use a towel to wipe their bodies without having to launder or sanitize it, ever.

What makes it even better is that bath towels come in several sizes than the standard one. Manufacturers have also started to put a passive fragrance that the towel releases upon absorbing a little moisture. Call it an icing on the cake but we see it as a win-win.

What Makes A Good Disposable Towels?

Not sure if you’re making the right choice? Don’t worry you’re not the only one. Just like every popular convenience product on the market, these towels also have multiple available variants.

As a result, it can get quite confusing sometimes. Use these factors to judge whether you’re picking the right option or not-

Lastly, we want you to know that disposable towels are the wisest choice due to its eco-friendly nature.

Not to mention how economical it is! Say goodbye to laundering your towels & use disposable ones instead. Starting from soaking up your spill to cleaning your kitchen counters, it’s the number one prerequisite.

There’s simply no denying how much we need them in our lives. So we might as well start now and do our part in making the world a cleaner and better place, simultaneously. 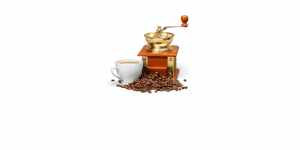 Coffee Grinder For Cold Brew Of 2022 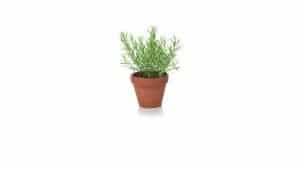 Best Kitchen Plants In Your Own Kitchen 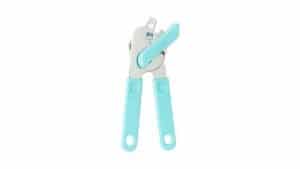