Home » Reviews » Blog » Can You Put Paper Towel In Air Fryer? Our Recommendation

Can You Put Paper Towel In Air Fryer? Our Recommendation

Now that you have an air fryer, you might be facing a lot of confusion about doing what’s appropriate. There are certain elements that won’t cause a problem if used inside an air fryer, while some elements will damage it. Just like that, many of you have asked can you put a paper towel in an air fryer? So let’s find out the answer!

Although we don’t recommend it, you can use paper towels in your air-fryer, as long as it’s for the right purpose.

What this essentially means is that if you use your paper towels wrong, it can land you into some pretty inconvenient situations.

Today, we’re talking about how to and how not to put paper towels in an air fryer. If you want to make the best out of your fried items and learn all about the right use, stick with us till the end.

Materials You Should And Shouldn’t Use In An Air Fryer

Before we discuss whether paper towels are suitable for air fryers or not, you must first understand how the machine works.

An air fryer uses extremely hot air and circulates it all around your food. The extreme air movement at a critical temperature causes the food to heat up to such an extent that it starts cooking.

For most of us who use an air fryer, cooking isn’t the only concern. The cleaning that comes after can also be pretty hectic.

Using and avoiding some accessories can make this entire air frying experience quite pleasant.

Can You Put Paper Towel In Air Fryer?

The answer to this question entirely depends on your purpose of use. For instance, if you want to use a paper towel to season your air fryer or soak the excess fat from your food then you should be good.

But if you want to line a series of paper towels underneath your food, so that the marinade doesn’t touch the fryer surface, then it can be quite risky.

We strongly discourage using paper towels for carpeting your food because it obstructs the air-flow of your fryer. So there’s a fair chance that the paper towel might catch fire!

To say the least, the repercussions can be pretty risky and hard to revert. The list of consequences is an ever-continuing one.

But to make you aware of the matter, We decided to elaborate only on the two major ones.

Putting a few sheets of paper towel on the basket before placing the chicken tenders can look harmless. But by doing this you’re essentially blocking the room for airflow.

So, the hot air will not be distributed evenly on your food. As a result, the part of the food that remained in contact with the towel will remain undercooked.

This uneven cooking will also cause the food to lose consistency. In other words, it will become very difficult for you to regulate the right rareness through your fried items.

What’s worse than an unevenly cooked chicken? A kitchen that’s on fire! Yes, you heard it right. There have been countless reports of users complaining about fires in their air fryer and the one common thing they all did was use paper towels.

So it takes no Sherlock Holmes to actually decipher what caused the accidents. If not fire, the paper towel almost always loses its stance underneath the food and flies around within the basket.

Trust us, it’s a complete mess. Fortunately, there are some alternative ways to work around these problems. Keep reading to know all about it.

Our main concern when using a paper towel is that it blocks the airflow. And the obstruction is what leads us to disasters.

Now, this is where parchment papers come in. They serve all the purposes of using a paper towel in an air fryer while maintaining airflow.

Parchment papers are also known as baking sheets or baking paper. These sorts of papers are minutely perforated which allows air to flow through it.

Manufacturers specially treat these cellulose-based papers so that they are non-stick. This makes it the perfect substitution for paper towels.

How To Use Parchment Papers In Air Fryers

The instructions regarding the use of parchment paper instead of a paper towel are fairly simple.

Follow the following methods for easy cleanup after frying

Remember that using a paper towel in an air fryer has its own risks. Using the right accessories can make a huge difference in the end result.

So stop worrying and amaze your guests with perfect fries, starting today. From now, no more confusion regarding paper towel!

We hope you got your answer to the question “Can you put paper towel in air fryer?” If you did, now you know what to use and what not to use in an air fryer. Happy cooking! 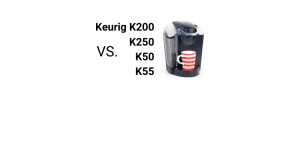 There are several reasons why people are pretty crazy about Keurig coffee machines. This brand 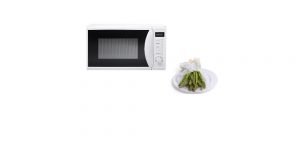 Can You Put Saran Wrap In The Microwave

In everyday life, we need to use different types of grocery items and from all 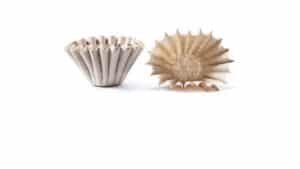 What Size Paper Filters Does Gevi Coffee Maker Use

A coffee maker is an ideal companion in our everyday life. A refreshing cup of