Home » Reviews » Comparison » What Is The Difference Between Agar and Gelatin

What Is The Difference Between Agar and Gelatin

Agar agar and gelatin happen to be two of the most widely used base ingredients in frozen or no-bake desserts. The differences between Agar and Gelatin are quite vague to many. As a result, a lot of people consider them to be the same thing. But the truth is, they are not the same.

If you are also facing trouble figuring out the basic differences in their characteristics, then you have landed in the right place. We have compiled the basic contrasts between the two to get rid of all the confusion.

That way you will know the appropriate usage of these two. The amount, methods of using, you’ll get to know the nuts and bolts of both of them.

By the end of this post, you will not only be able to distinguish between the two thickening agents, but you will also have learned their usage and benefits in detail.

Differences between Agar and Gelatin

We have categorized the differences into several distinct factors, starting from their composition to the health benefits. Which brings us to our next big question, where exactly does agar agar and gelatin come from?

Agar agar comes from the cell wall of a species of seaweed (red algae) mostly found in the Pacific and coastal region of California. You can find them in both kitchens and laboratories alike. It’s considered at least 7-8 times stronger than gelatin due to having a plant-based origin.

Gelatin is the non-vegetarian alternative of agar agar. Manufacturers use the acidic and alkaline process to derive gelatin from the collagens of the skins, tendons, and bones of animals. Recently another type of gelatin has earned some popularity which is derived from fish and insects.

The composition of agar agar plays a big role in its property of easy melting and gel stability. It can be ground into a fine powder. So you can commonly find them in the market in the form of powders and strips. It’s white and quite translucent.

Peptides and proteins are the main constituents of gelatin. They are obtained from the collagen of animal’s bones and other connective tissue through a series of chemical reactions, known as partial electrolysis.

The gelatin found in the market is much more granular than agar agar. You will mostly find them in packs of powders or sheets. It’s colorless, odorless, and translucent

Large scaled dairy product factories also use gelatin to prepare products such as margarine, mayonnaise, and yogurt. Technical uses of gelatin include the manufacture of cosmetics, photo films, sandpaper, and capsules of medicines.

Since both gelatin and agar agar are gelling agents, therefore most of their uses for culinary purposes are common to each other.

Similar to gelatin, agar agar can be used to make semi-solid desserts such as jellies, custards, puddings, no-bake cheesecakes, etc. Popular Asian desserts such as ‘Wagashi’ (traditional Japanese dessert made from plant-based ingredients) are made with agar agar.

You can use Agar agar to make creamy fillings for sponge cakes or pies or use it as a thickener for gravies of desserts. They are also used in the fields of microbiology, dentistry, etc. Many people use it as a laxative as well.

How To Use Gelatin

Gelatin is soluble in warm water. So the simplest way to use it is to dissolve it in lukewarm liquid and leave to set. Here we have provided a demonstration showing how you can use gelatin to make your everyday favorite desserts.

By altering the proportion of gelatin to liquid, you can adjust the firmness according to your desire.

How To Use Agar Agar

Agar agar is not soluble in just warm water. So the easiest approach is to use agar-agar is by mixing it in hot liquid and bringing it to a boil for setting to occur. Let us walk you through the steps of making jelly from agar agar through simple steps.

Enjoy your wobbly agar agar Jelly by unmolding it straight out of the fridge. The sweetness of each juice varies, therefore use sugar according to your preferred taste. Agar agar is stronger than gelatin.

So use it to make jellies of fruits such as pineapple and kiwi as gelatin won’t set for them.

We consider gelatin as a protein product due to its composition of 98-99% protein and 1-2% water. It’s quite popular for the following benefits:

Agar agar is entirely devoid of carbohydrates and fats. Here are some of the benefits of agar agar consumption:

If your gelatin has any haram component like pork collagen, it’s definitely haram. But some brands produce halal versions of gelatin from allowable sources, which is totally halal. Check the halal tag before buying it, or buy vegetarian gelatin instead.

No, Agar Agar comes from vegetable source, so it’s completely halal. Still, you should check the halal tag before buying.

China grass and agar agar are actually different names of the same ingredient. The only difference is china grass comes in a string form where agar agar comes as a powder form.

All the components of gelatin are naturally gluten free. So you can use gelatin in any gluten free recipes.

Is gelatin good for health?

The components of gelatin are actually good for the skin. They provide essential protein and nutrition your face skin needs. That is why it is often used to make face masks, which we know as peel off masks.

Make your desserts even more exciting with your favorite gelling agent!

Unlike many people, you are now capable of bringing that extra something your frozen desserts and no-bake cakes need. Be it gelatin or agar agar, now you know how to perfectly use the two in your everyday recipes.

Both gelatin and agar agar require separate procedures for the best results. If you have read through our in depth presentation on the difference between agar agar and gelatin, then you are ready to step up your culinary skills and use the gelling compounds appropriately.

If you have any question regarding this post, drop it on our comment section. We will get back to you and solve your confusions as soon as possible. Until then, happy cooking!

PrevPreviousCeramic Vs Stainless Steel Cookware: Our Choice
NextHand Mixer Vs Stand Mixer: Which One Should You Be BuyingNext 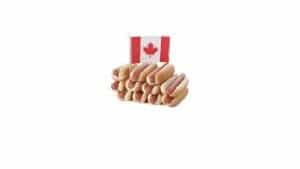 Canadian Dishes are incredibly hearty and delicious to eat. But they are seriously underrated in 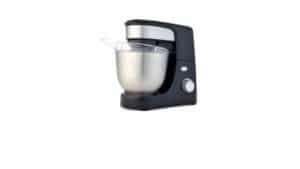 Kitchen appliances often become difficult to use. And, if it is a mixer, the problem 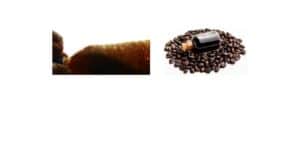